Work and Travel in the country of poets and thinkers!

There is so much more to discover about Germany than just beer, pretzels and soccer.

Live in a fairy tale in the land of medieval castles, colorful half-timber houses and constant festivals and feasts! Your Working Holiday in Germany will surely awaken your inner adventurer (Abenteurer)!

Why live and work in Germany?

Located in the heart of Europe, Germany consists of 16 states and is widely known for its rich and interesting culture and history.

Nowadays, Germany remains one of the most popular destinations for travelers from around the world. It attracts tourists and young backpackers with its colorful architecture, consisting of old-fashioned castles, monuments and cathedrals, its scenic forest and mountain landscapes and last but not least, its delicious food and drink options, served in traditional beer gardens (Biergarten), breweries (Brauhaus) and modern street food eateries (Imbiss).

Tip: Travel to Germany for one of the fun festivals: the famous Oktoberfest, the vibrant Carnival of Cologne and the charming Nuremberg Christmas Market. You will find unique events year-round!

How does it work?

Whether you are planning on teaching the English language to eager locals, selling tasty pretzels in a German bakery or even becoming a ski instructor on the picturesque slopes of the Alps… let us help you get a running start to your Working Holiday adventure in Germany!

You will be given step-by-step instructions on how to apply for your Working Holiday visa (why spend hours trying to figure out how to apply when we’ve already done it for you?).

We will help you navigate the bureaucratic jungle that is Germany by providing templates and English translations to relevant forms.

Once in Germany, you won’t have to worry about where to sleep! Included in our program fee are 4 weeks in a modern studio apartment in Berlin and an official rental agreement necessary for your visa extension (Gold package only).

You will be provided with job assistance, so you can start spending your salary on fun activities in your new home!

Included in our Gold Package is a job placement on a farm at no extra costs.

Join our monthly social activities in Berlin, such as Street Art program, Bar Crawls and Shuffle Board Evenings.

You will be provided with e-mail assistance for a full year and access to a comprehensive database.

Typical working holiday jobs that do not require formal qualifications or previous work experience include:

PLACEMENT IN A FARM JOB

Included in your GOLD PACKAGE is a placement in a farm job at no extra costs. You won’t receive any payment, but in exchange for your work, you will be provided with free board and lodging. This will give you the chance to venture to the German countryside and experience life and work at an organic farm – whether a horse stable, cattle breeding, vegetable, fruit or viticulture farming. German farms are diverse, available all over Germany and throughout the year!

No German language skills or previous work experience is required. The farmers will teach you what is necessary to work on a farm.
* Are you looking for an agriculture internship or training for your studies? Let us know the requirements from your university and we will arrange it!

A lot of Germans, especially young ones, speak fairly good English. Therefore, on a daily basis, for example when going to the grocery store or making friends, you should be fine with just English. However, a lot of parts of Germany are still very traditional when it comes to the workplace and they require you to speak German to be accepted into customer-facing jobs.

Our team in Germany is partnering with a popular language school in Berlin to teach you German.

Rental agreement provided by the landlord necessary to make a residence registration.

Placement in a farm job – available all over Germany (unpaid, but free board and lodging)

Welcome dinner in Berlin with other international participants

Job hunting advice and listing of job boards and companies

Participation in five monthly socializing events/activities including admission fees in Berlin, with a focus on alternative youth culture

Templates of all relevant forms with translations into English

Flight tickets and transport within Germany

TO BE ELIGIBLE FOR THE WORKING HOLIDAY VISA:

Important: You will only be able to apply via mail when booking our GOLD PACKAGE. When applying via mail, your visa will only be issued for the first 90 days. You will need to apply for an extension at the aliens authority in Berlin. Our partner in Germany will make an appointment for you and fill out all the German forms (Gold package only).

ROUND TRIP AROUND GERMANY:

Discover the diverse regions of Germany while joining GO International on a field trip around Deutschland! 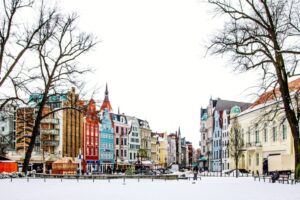 Bordering Denmark and the Baltic Sea, Northern Germany consists of beach resorts, bustling cities and medieval towns. It boasts an array of lesser known, yet all the more travel-worthy destinations like the port city Rostock, the bustling metropolis Hamburg and the popular resort islands Stralsund, Helgoland, Rügen and Sylt. Try tasty marzipan in Lübeck or fresh fish all around the coast, visit the famous red-light district in Hamburg or marvel at the splendor of Schwerin castle. Northern German will surely captivate you! 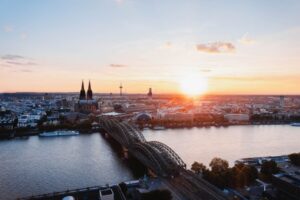 West Germany used to be the informal name of the Federal Republic of Germany during the years of separation. Nowadays, Western Germany is well known for its big and busy cities, such as Cologne, Düsseldorf and Frankfurt. However, there is so much more to see than just urban jungle! Visit Trier, the oldest city in the whole of Germany, take in the atmosphere in Marburg, which influenced the famous Brother Grimm tales and relax in one of the recreational Roman Thermal baths in Aachen. 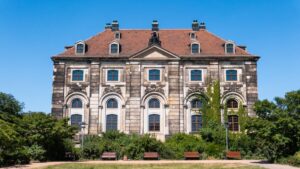 Eastern Germany is a cheap trip option within Germany and even though parts of it have been destroyed during the war, it still has so many beautiful destinations to offer. You could stay here the entire duration of your Working Holiday in Germany! From the Saalfeld Fairy Grottoes, to the remarkable Romanesque and half-timber architecture in Saxony-Anhalt to the many of old town centers (Altstadt) in Quedlinburg, Dresden and Bautzen. You should also try dishes unique to East Germany like Königsberger Klopse (German meatballs, covered in a creamy sauce with capers and lemon, and served with boiled potatoes), Spreewald pickles and the various sausages (Mettwurst, Rotwurst, Leberwurst…). 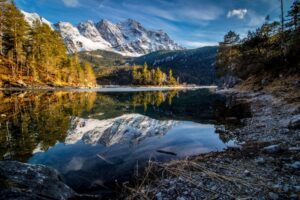 When you think about Southern Germany, do you think about Oktoberfest, Lederhosen and beer? Most likely! Although Munich is a great starting point for your trip around the south of Germany, this area has so much more to offer! Take a cogwheel train to the highest peak in Germany – the Zugspitze. Walk around the beautiful harbor city of Lindau on the shore of Constance Lake with its colorful storybook houses. Visit the culturally significant University towns of Regensburg, Freiburg or Heidelberg. In addition, when you are already in Southern Germany, it’s a quick trip over the border into Austria, Italy or Switzerland! 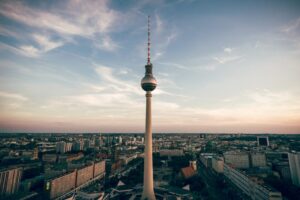 Once separated by the wall into East and West Berlin, Berlin provides an interesting background to Germany’s turbulent history. At the same time, Berlin is also known as being one of the hippest cities in the whole of Europe. It is a melting pot of varied business opportunities, artistic expression, alternative youth culture and many parties! We recommend having a refreshing dip into the water at the Badeschiff, taking a historic city tour into the Underground (Berliner Unterwelten) or visiting the impressive Reichstag building (German Parliament). Start your Working Holiday adventure in the capital of Germany. It will definitely be one of the most diverse places you will surely visit!

Do I need German skills to take part in the program?

In most everyday situations, you will probably get by without using any German. Young Germans especially, have a decent knowledge of the English (or even French) language. In bigger cities, there are international communities of expats and immigrants supporting each other. If you are flexible in your choice of job, you will be able to find a non-German speaking position.

Nevertheless, it is always a good idea to either arrive in Germany with a basic knowledge of the language or you can even book language lessons for the beginning of your stay. After all, learning a foreign language is a fun part of getting to know another culture!

Contact us for more information on our language lessons offered in Berlin. 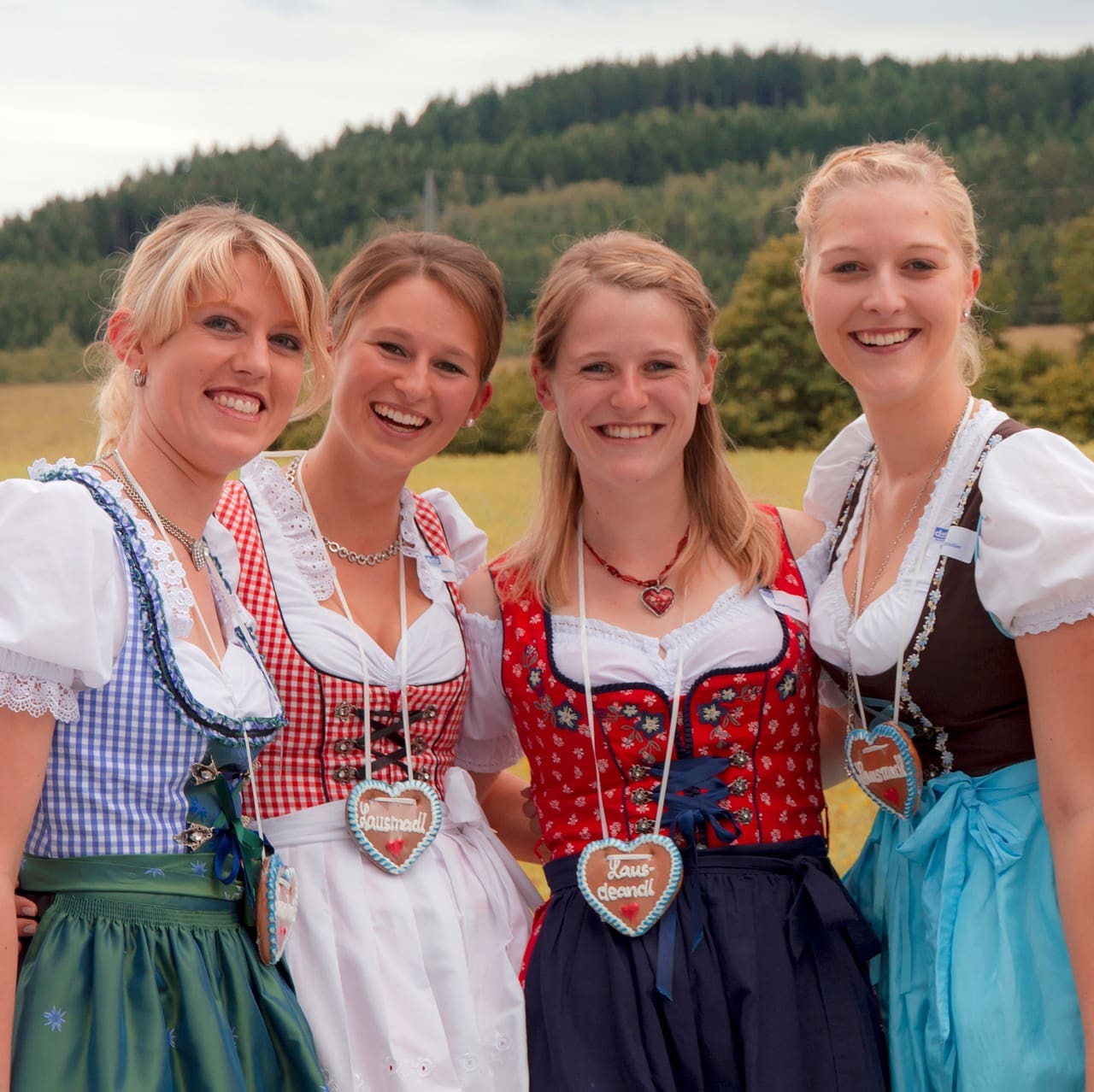 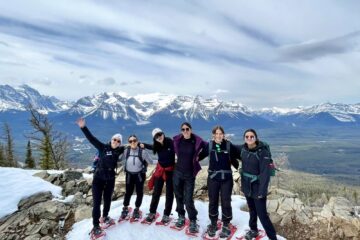 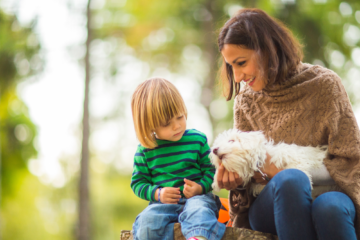 Au Pair in the UK 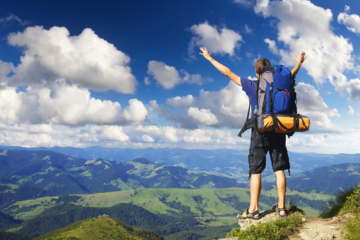